The torches come out and you know what time it is, we get to play Loch Lomond! Always a great sing-a-long and we love the reaction from the crowd everytime, this version shows Loch Lomond at our own Rapalje Zomerfolk Festival played on saturday after dark.

Chorus:
O ye’ll tak’ the high road and I’ll tak’ the low road
And I’ll be in Scotland afore ye
But me and my true love will never meet again
On the bonnie, bonnie banks o’ Loch Lomond

‘t Was there that we parted in yon shady glen

On the steep, steep side o’ Ben Lomond
Where in deep purple hue, the hieland hills we view
And the moon comin’ out in the gloamin’

The wee birdies sing and the wild flowers spring
And in sunshine the waters are sleeping
But the broken heart, it kens nae second spring again
Tho’ the waefu’ may cease from their greeting

You Couldn’t Have Come at a Better Time

Background Info – You Couldn’t Have Come at a Better Time

Originally by Luka Bloom from the album Riverside after working on the songs in 1989 the album was released in 1990, “1989. What a big year this was. The Wall came down in Berlin, and the world felt like a flower in bloom. I was in Los Angeles in November 1989, completing the final mixes for my record ‘Riverside’. 3 months later, in February 1990, the record came out. I was getting calls in New York, telling me to come to the Lowlands quickly, because ‘Riverside’ was getting some serious attention in Belgium and in Holland. and so it began.

Lyrics – You Couldn’t Have Come at a Better Time

Long May You Run

In 2019 we had the great opportunity to play again at the Highland Games in Fehraltorf, and we did a crazy thing. Playing Long May You Run by Neil Young while flying over the Highland Games grounds, in the video you can see our adventure. This is one of the best memories we have of our time in Switzerland.

Did you know David Myles drove to the Highland Games with friends of the Black Bush Connexion, on his Harley Davidson! There were some technical issues of course with the Chopper but with some creative repairs everything turned out alright. Although a nice soft sheepskin on the bike would have been nice =) After a journey of 900 km David arrived in style at the Highland Games to the sounds of roaring Harleys.

Background Info “Long May You Run”

Originally written by Neil Young, our singer William thinks it’s a great song and wanted to play him with our band Rapalje. This gives the song its own sound and it is fantastic for us to play.

Neil was on his way to Sudbury in Canada when ‘Mort’ broke down in Blind River, Ontario in June 1965. (the lyrics in the song are, “well, it was back in Blind River, 1962, when I last saw you alive”) the year is incorrect, but the song is about this story.

Neil Young is pictured here in the middle in front of his Mort. 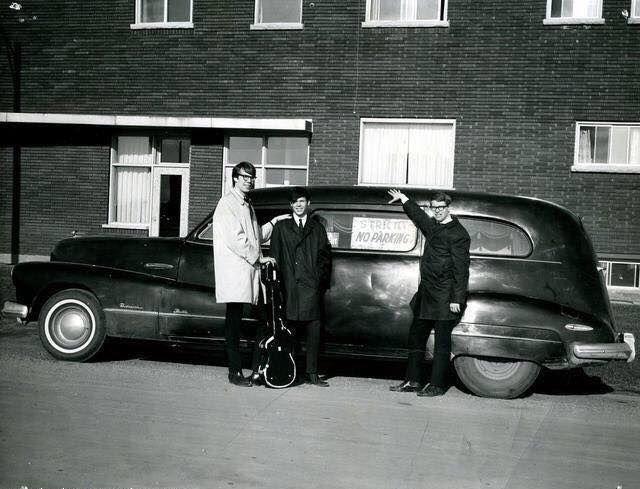 Lyrics “Long May You Run”

We’ve been through some things together
With trunks of memories still to come
We found things to do in stormy weather
Long may you run.

Well, it was back in Blind River in 1962
When I last saw you alive
But we missed that shift on the long decline
Long may you run.

Maybe The Beach Boys have got you now
With those waves singing “Caroline No”
Rollin’ down that empty ocean road
Gettin’ to the surf on time.

“We’re all Scotland’s story and we’re all worth the same” Beautiful words from this song, we loved it so much that we decided to call our latest record Scotland’s Story and name the 2021/2022 theater shows after this album.

It is also a little personal to David Myles, as some people might know his father is from Scotland, so part of his story started there. So now we have haggis and bagpipes in the Netherlands.

Originally by The Proclaimers, a version of this song was played at Nelson Mandela’s 1993 welcome to the city of Glasgow after this release from prison. He was given the symbolic keys to the city 12 years earlier in 1981 while still in prison. The special visit was a wonderfull occasion for much singing and dancing, the dancing was done by Nelson Mandela himself on stage at a rally for freedom.

Nelson Mandela’s Welcome to the city of Glasgow is the tune we are playing on the bagpipes at the end of the song. A totally brilliant tune by Blair Douglas who was a founder member of Runrig. We connected the lyrics by the Proclaimers by accident to this tune and we ended up with a wonderfull song and a great story.

In Scotland’s story I’m told that they came
The Gael and the Pict, the Angle and Dane
But where’s all the Chinese and Indian names?
They’re in my land’s story and they’re all worth the same

Christina McKay, I learned of your name
How you traveled south from Delny one day
You raised a whole family in one room they say
And the X on the line stands in place of your name

All through the story the immigrants came
The Gael and the Pict, the Angle and Dane
From Pakistan, England and from the Ukraine
We’re all Scotland’s story and we’re all worth the same
Your Scotland’s story is worth just the same

Scotland’s Story is available on CD and Vinyl 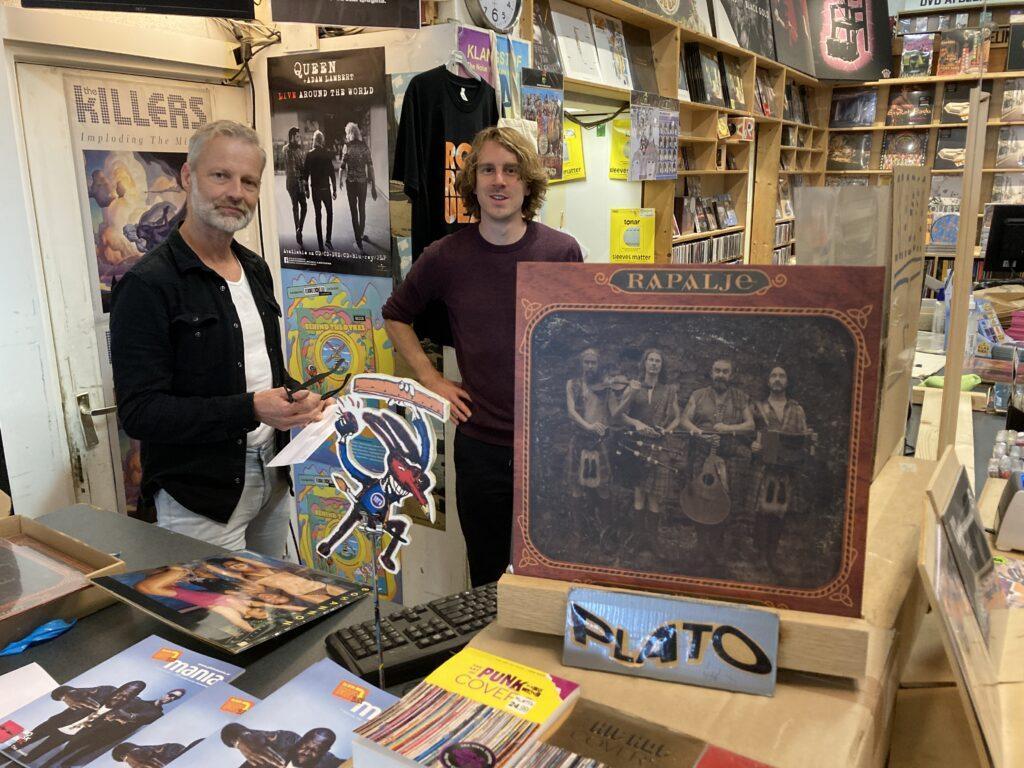 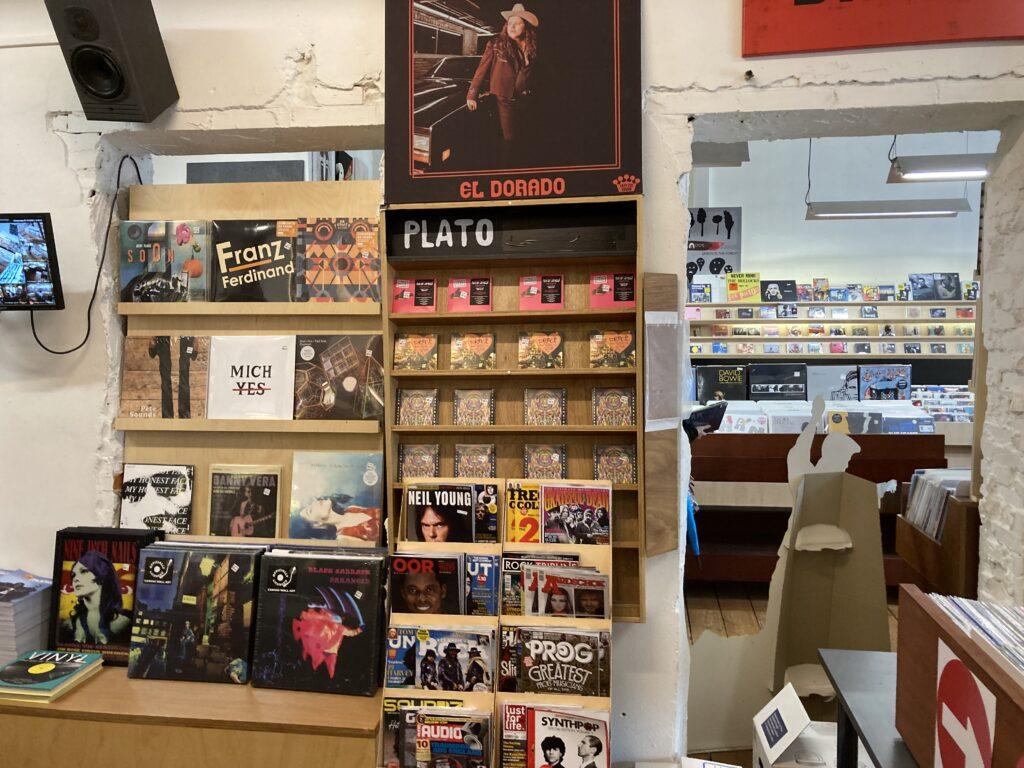 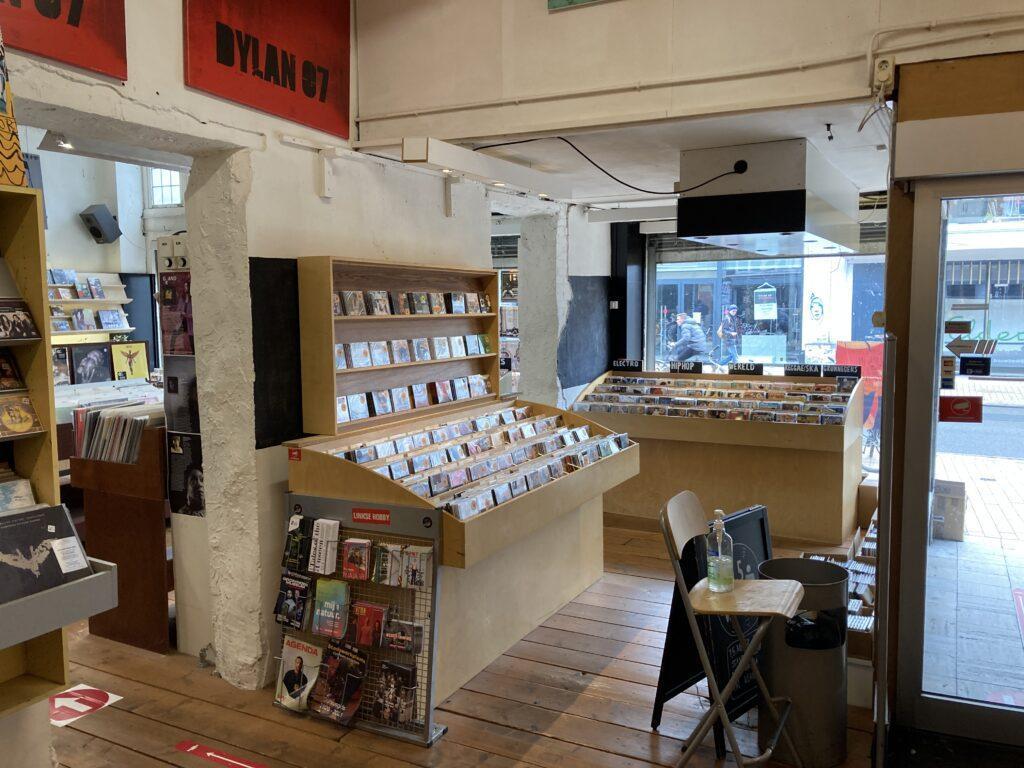 Our wonderful record at our local record store: Plato in Groningen just received some Scotland’s Story albums! These lovers of vinyl took one look at it and immediately said: “good quality vinyl and great artwork as always with Rapalje!”

So if you are ever in Groningen, visit Plato at Oude Ebbingestraat 41 and maybe they will be playing Scotland’s Story in the store for you. Of course you can also get it in our online shop, if you want to have one of your own as soon as possible. 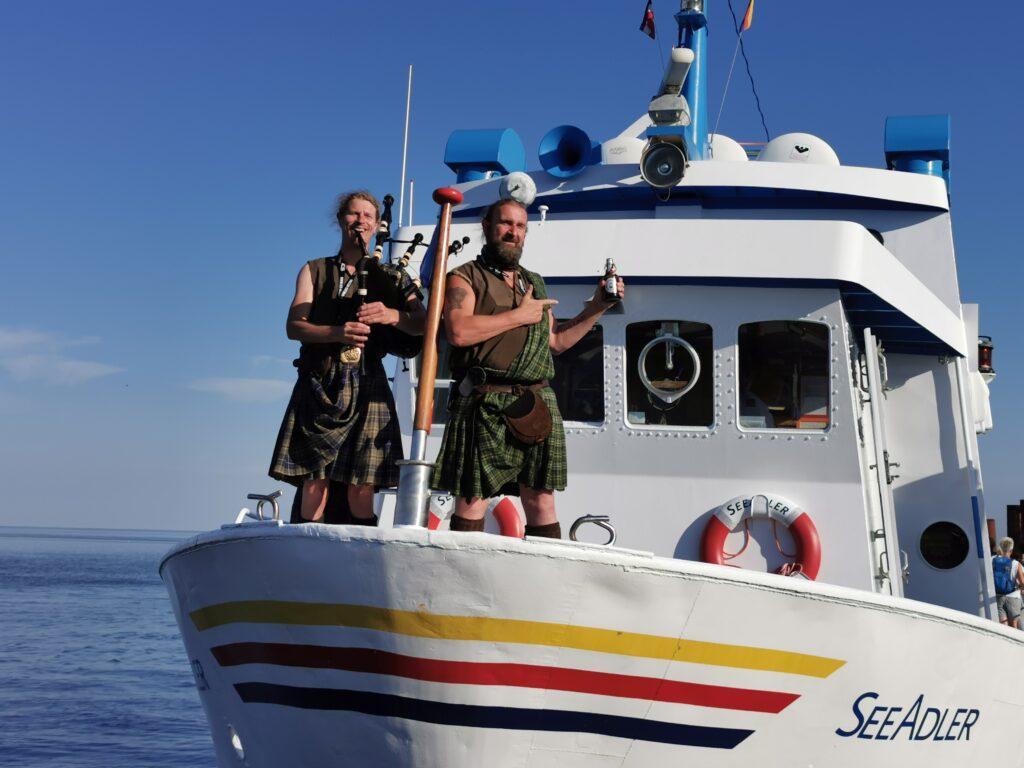 Unfortunately our performances in Berlicum and Bladel are not possible due to the Covid measures, so we are going to live stream again. On the border between the Netherlands and Germany, so we can wave to William, he lives in Germany and like this we can still play together, you could say a borderline case =)

We hope to see you all this Saturday, October 10 at 4:00 PM CET. See you then! Live on Facebook & YouTube

Rapalje plays Caledonia here between the Hunebedden in Drenthe, with RTV Drenthe they went out to Hunebed het Loon (D15) to record the song “Caledonia”. This is one of the most requested songs at Rapalje.

We have seen many tears of sorrow, emotion and joy with this song. It has often happened that a wedding proposal is made when we start playing Caledonia. It is also regularly performed at funerals. There are many people in our midst who have a special thought about Caledonia and it remains a very beautiful song.

Dougie MacLean’s love song to his homeland has become an anthem of Scottish pride but it was written in just 10 minutes on a beach in France when he was in his early 20s.  “I wrote it in my very early 20s on a beach and then finished it off in a youth hostel somewhere around Paimpol in Brittany. “I was genuinely homesick and it was just a little song I wrote.” Dougie MacLean says he had been busking around Europe with three Irish guys but the day after writing the song – with its lyric “Caledonia you’re calling me and now I’m going home” – he set off back to Scotland. 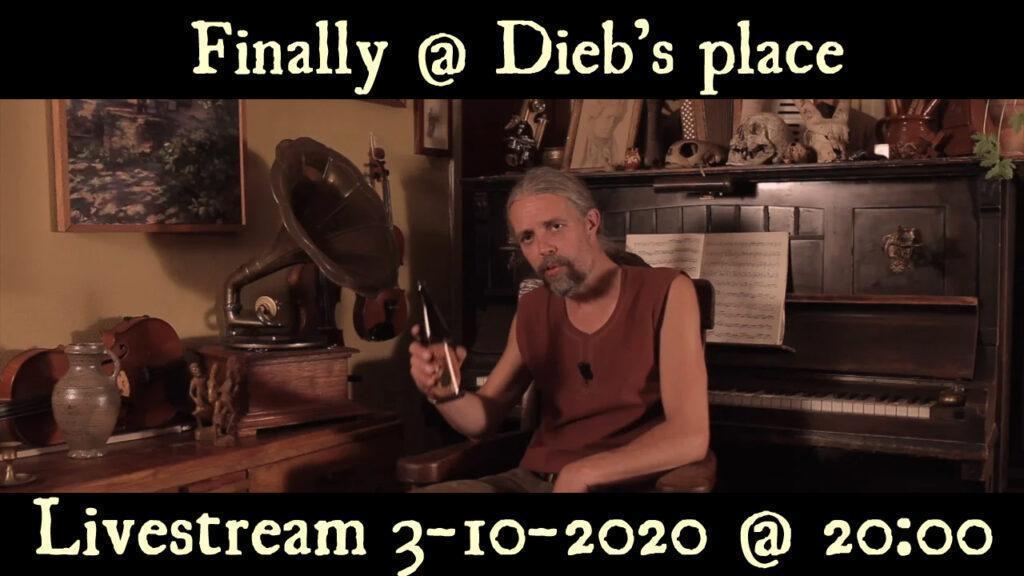 This Saturday, Finally @ Dieb, we hope to see you all in the stream!

We planned a livestream at Dieb before but had to cancel it as Dieb was not feeling well yet, but now we are for sure going to be playing and talking with you in Diebs wonderful home, do you have any special requests for this stream? 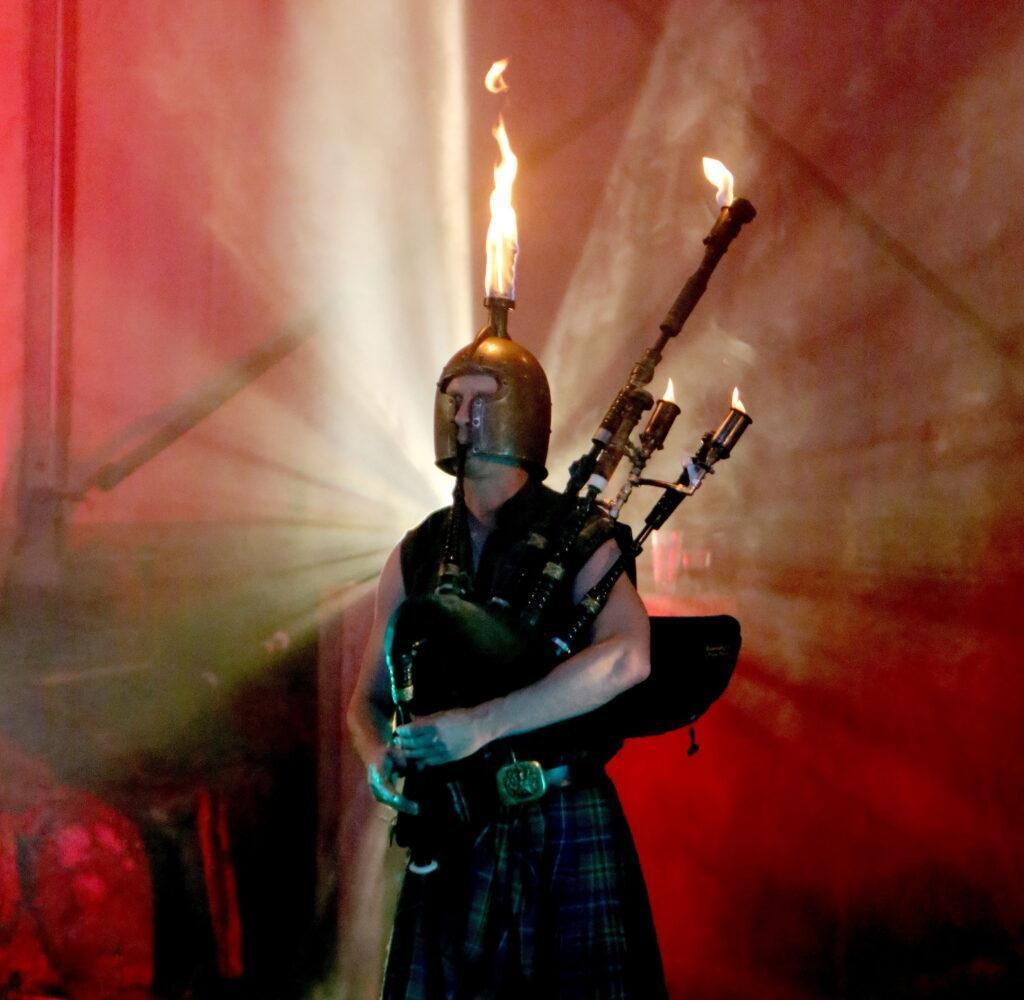 Only a few tickets left! We are playing our Celtic Folk Night in Drachten (NL) on Saturday the 26th of september 2 times on 1 evening, will you join us? Tickets available here END_OF_DOCUMENT_TOKEN_TO_BE_REPLACED

Rapalje Zomerfolk 2019 had a very special final act, who are hidden behind these wonderful and strange birds, could it be David? Or perhaps some Zomerfolk artist? Maybe our Vana friends are involved? Questions questions, but we had a truely great time with this act, did you enjoy it too?